skip to main | skip to sidebar

Credit back to First home buyer 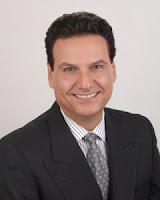 On February 25, 2009, The Internal Revenue Service announced that taxpayers who qualify for the first-time homebuyer credit and purchase a home this year before Dec. 1, 2009 have a special option available for claiming the tax credit either on their 2008 tax returns due April 15 or on their 2009 tax returns next year.
Qualifying taxpayers who buy a home this year before Dec. 1, can get up to $8,000, or $4,000 for married filing separately. For first-time homebuyers this year, this special feature can put money in your pocket right now rather than waiting another year to claim the tax credit. This important change gives qualifying homebuyers cash they do not have to pay back.
The revised 5405 forms incorporate provisions from the American Recovery and Reinvestment Act of 2009. The instructions to the revised Form 5405 provide additional information on who can and cannot claim the credit, income limitations and repayment of the credit.
Taxpayers who buy a home before Dec. 1, 2009, can claim the credit on either their 2008 or 2009 tax returns. They do not have to repay the credit, provided the home remains their main home for 36 months after the purchase date. They can claim 10 percent of the purchase price up to $8,000, or $4,000 for married individuals filing separately.
The amount of the credit begins to phase out for taxpayers whose adjusted gross income is more than $75,000, or $150,000 for joint filers. For purposes of the credit, you are considered to be a first-time homebuyer if you, and your spouse if you are married, did not own any other main home during the three-year period ending on the date of purchase.
The IRS also alerted taxpayers that the new law does not affect people who purchased a home after April 8, 2008, and on or before Dec. 31, 2008. For these taxpayers who are claiming the credit on their 2008 tax returns, the maximum credit remains 10 percent of the purchase price, up to $7,500, or $3,750 for married individuals filing separately. In addition, the credit for these 2008 purchases must be repaid in 15 equal installments over 15 years, beginning with the 2010 tax year.
Posted by Moe Navidi at 11:34 AM No comments: